Searched around Cleveland Craigslist and Facebook for a while, but got lucky when my brother in law located 2 good candidates in Erie PA Craigslist (I never thought of looking there, yet it's only an hour or so away).  Called the seller, and realized both were being sold by the same seller.  Perfect!  Went and checked them out, really liked the yellow 73 Super Beetle from Arizona!  Minimal rust, looks prefect!  Put an offer in at asking price ($3500), and to my surprise the seller said "I'll think about it, and get back to you".  He really did not want to part with this, but due to personal issues was forced to.  A few days later, deal done and towed her home just before a big snowstorm. 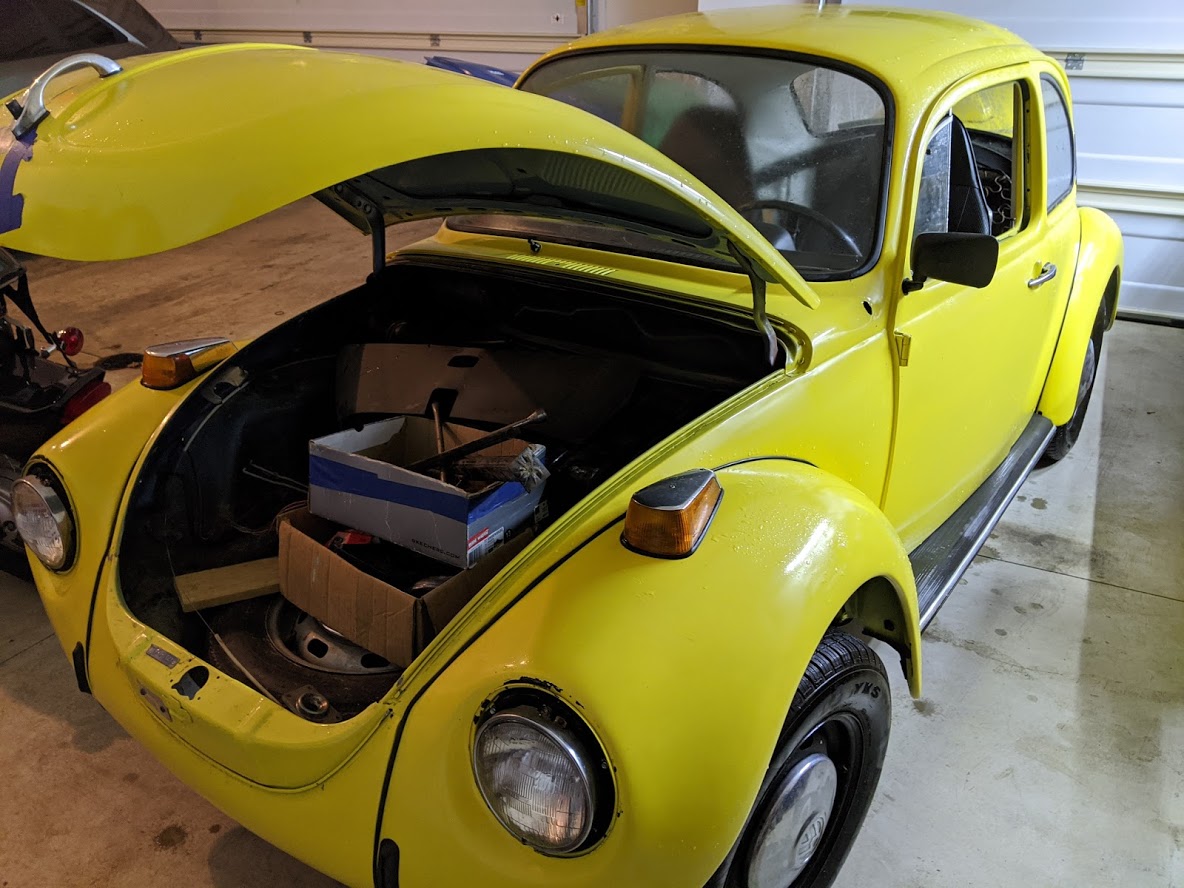 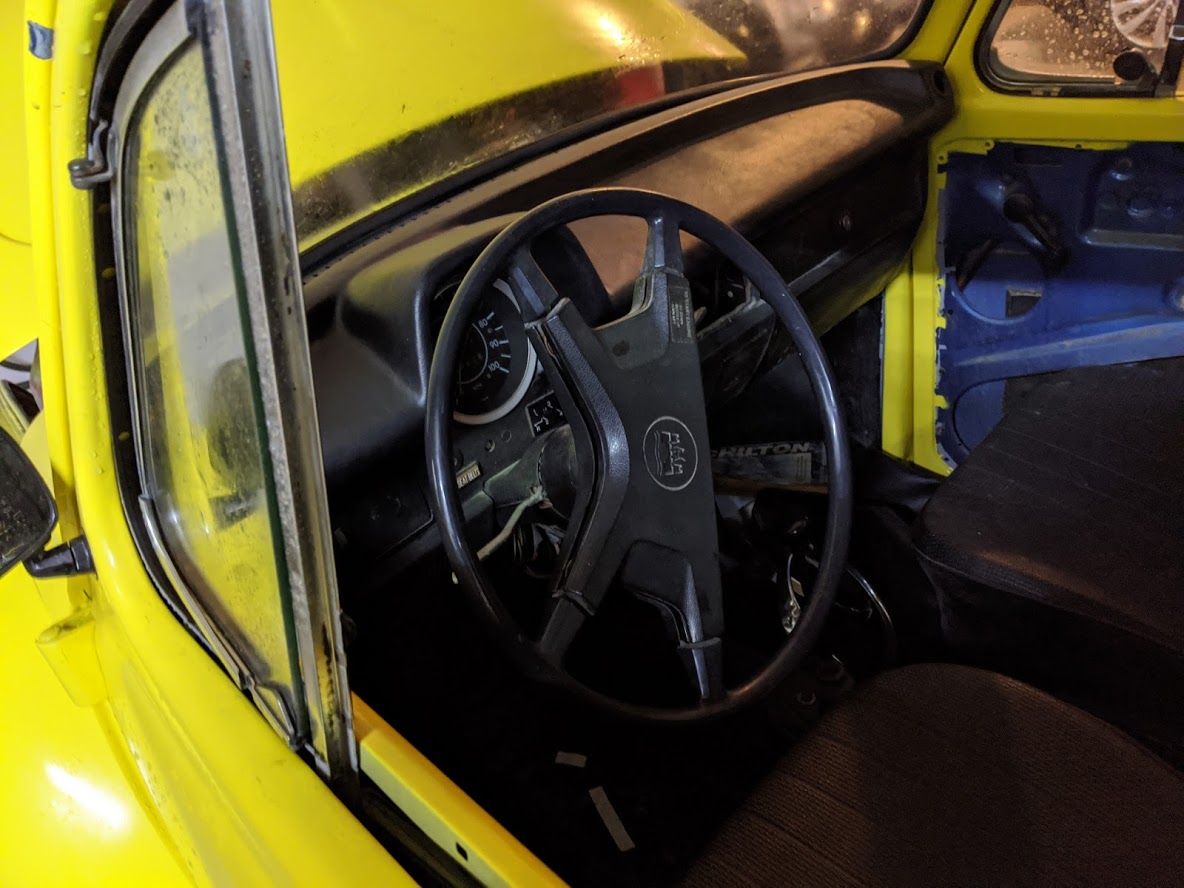 Other info about the Super Beetle:

In 1971 to help compete against more technologically advanced models from other manufacturers and also to give the Convertible Beetles a better-riding platform to use, the Super Beetle was introduced. It did not replace the standard Beetle and both models were sold side-by-side.

Super Beetles, at least for the first two years, were just a front suspension upgrade, from a torsion beam front axle to a MacPherson strut front suspension. The addition of this new front end necessitated other changes - essentially all of the sheet metal from the cowl forward, the tie rods and steering damper were changed, the steering box, the front brakes were enlarged to help deal with the extra weight in the front (though in the US they remained drums), and even the hood molding had to be lengthened due to the new longer hood. Very few parts from standard Beetles were still used on the Super Beetle front section - wheels, tires, lights, and bumpers being the primary items.

In 1973 to further improve the model and to help differentiate it more aesthetically from the standard Beetle, a curved windshield was introduced along with a different dash and a slightly flatter roofline. Various improvements were done to front end a few months later though it remained a MacPherson strut set-up. The Super Beetle was discontinued in 1975 as VW moved towards the water-cooled models though Super Beetle convertibles continued through 1979 (some entering the US as 1980 models).

Nice ad for the 73 super: https://youtu.be/z6OWyskqGtA

We have 583 guests and no members online